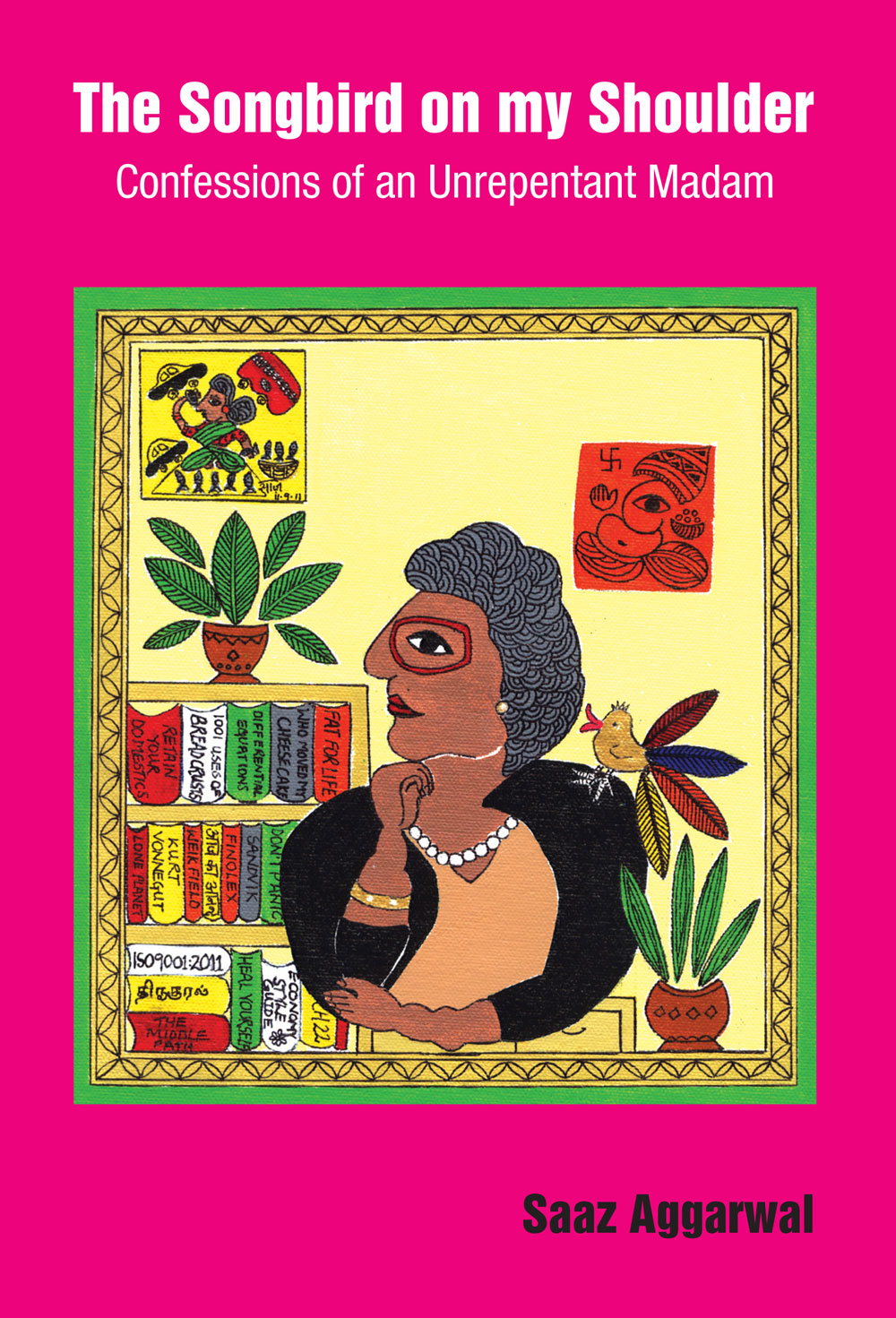 About The songbird on my shoulder

The Songbird on my Shoulder is a collection of short spurts of thought, many of which have been in print before in mainstream Indian publications. What you get is a funny, thought-provoking, and sometimes poignant worldview of a Madam who lives in Pune, India – the Oxford of the East, the Home of the Shrewsbury Biscuit, and the road-accident fatality-and-brain-damage capital of the world.

This unorthodox mid-life memoir has a particularly revealing section towards the end in the simulated voices of characters such as Bridget Jones, Bill Bryson, Dave Barry, and one Batty Watsa whom you might recognize from somewhere.

The Songbird on my Shoulder has blurbs from some remarkably important people – in a transparent attempt to prove to readers and critics that it aims to fall into the ‘takin-the-piss’ genre rather than the more prevalent ‘wannabe’ one.

Praise for The Songbird on my Shoulder

Brinda Narayan, as quoted in the Deccan Herald

Here is a treat for all those who want a laugh riot out of a few turn of pages. 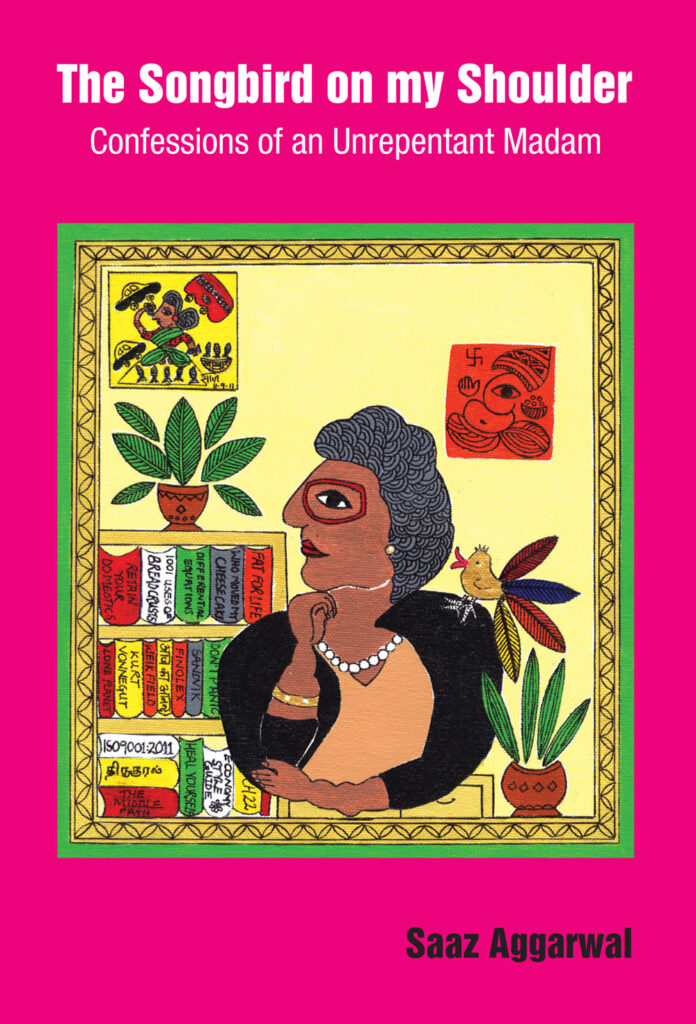 She was looking for a good place to spend a few weeks writing her poetry. So, of course, I suggested Bombay. After all, the rains were due to arrive, and what more poetic concept exists on this planet, as sure as June rhymes with monsoon, as sure as one brings the other?
So she wafted in with the cool breeze from across the seas, bringing a whiff of exotic scent, and it blended and was lost forever in the heady aromas of monsoon Bombay: the new batch of fuming automobiles crowding the thoroughfares; the nearly-dried fish caught unawares and turned soggy by the early showers; the squatters’ rights that floated up from along the tracks where they are dropped every morning and cling to your hem as you struggle to cross roads knee-deep in the swirling cocktail that comprises equal parts of rain water and overflowing sewage.
I could tell she was intrigued, and on one occasion leaned forward delightedly, asking, “Is that a flock of migrating birds?” It wasn’t, of course; the little dots of white that roosted on the beach below were merely more squatters, delivering up still more of that early morning business to the sea.
Duly chastened, she sat back, and, some weeks later, didn’t say a word but peered, suspicious and disbelieving, at the peacocks that we could see thronging Malabar Hill and dancing on the roofs of old houses in unbelievable, illusionary glory.
In Bombay, visitors are fondly informed (in a kind of cultural counterpoint to “lovely weather we’ve been having lately!”) that there are three seasons: hot, very hot, and unbearably hot. After a few weeks of this I noticed she no longer smiled but nodded disinterestedly, having realized that this was not a little joke, nor even mere propaganda designed to lure unwitting tourists. The poetry was doing fine: the quality of rain (quoth she) falleth mercilessly from heaven and is a bit difficult to describe. We agreed that it was not quite the monotonous never-ending sleet depicted by Maugham and his empire-building cronies in an attempt to ruin the reputation of the monsoon countries. Neither was it the little patter of raindrops to which she was doubtless more accustomed back home. We got one excellent sample through the shutters of a Local into which the stereotyped mass of commuters (hapless victims of one another’s odours) was crammed, racing off to collect the pot of gold at the end of their own personal rainbows. Another time, thunderous buckets overflowed over us, a foretaste of the revelry to come on the auspicious occasion of Gokul Ashtami.
Greenery had sprung up across the city just as if it had been invested in the stock market. We had noted, with some alarm, the new trends in full coat-pant type rainwear, the kind which enables one to bike to work and stay dry, yet drip over the others in the lift.
It was time for one of those episodes in which the city is ‘thrown out of gear’. And it came to pass that it rained full speed on high tide day. People lived to tell the long and boring tales of how they were trapped in the bus (or car or train) for hours and hours, with no respite from the rain. Finally the deluge began to abate. Systems were restored. We were survivors!
Recovering from the terrible blisters induced by the gorgeous genuine-imitation plastic rain shoes the poetess had ventured to acquire from a roadside hawker, she found herself, in the language of the day’s headlines, limping back to normalcy.